You Are Here: ICME

Increasing computational capabilities increasingly allowed for mimicking of real processes in a virtual world. For this purpose models had to be developed, allowing describing physical processes on a computer at all. The most prominent method is the description of phenomena occurring in the continuum of the real world on a numerical grid using Finite Difference Methods “FDM” and Finite Element Methods “FEM” and their further derivatives. These meanwhile have reached a degree of maturity making them even applicable for the qualification and certification of products.

Continue to the complete article Historical Development of ICME.

Efforts to standardize and generalize data formats for the exchange of simulation results thus represent a major step towards successful future applications of ICME. Such a standard facilitates information exchange between the different software tools for numerous processes and also across the different length and time scales affecting both properties and life cycle of an engineering component. A suitable data standard easily links e.g. the successful FEM models used in mechanical engineering and computational fluid dynamics amongst each other and especially with microstructure models like the phase-field method, which actually seems to become the "FEM for metallurgists". This eventually will allow for tracking of the microstructure - and thus the properties of the component - starting from the sound initial condition of a homogeneous, isotropic and stress free melt and eventually ending in the prediction of failure under operational conditions. Furthermore effects of transformations in the microstructure on the properties of the component can be tackled by extracting local effective properties from the microstructure information and feeding them back into the simulation tools on the component level.
A structural framework for ICME comprising a variety of academic and/or commercial simulation tools operating on different scales and being modular interconnected by a standardized data exchange will allow integrating different disciplines along the production chain, which by now have only scarcely interacted. This will substantially improve the understanding of individual processes by integrating the component history originating from preceding steps as the initial condition for the actual process. Eventually this will lead to optimized process and production scenarios and will allow effective tailoring of specific materials and component properties. 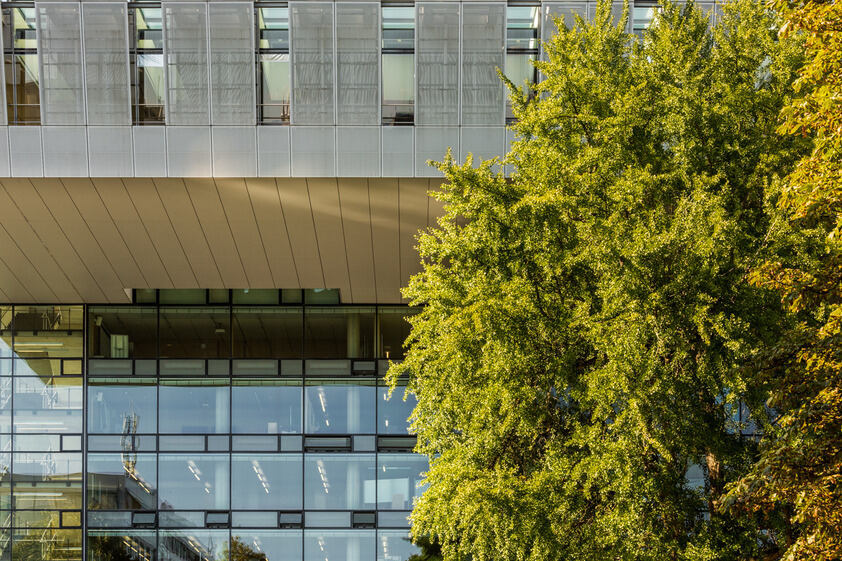 Recently, the high importance of an "Integrative Computational Materials Engineering” for the future economic development and competitiveness has been strongly emphasized in a study by the National Research Council of the United States. A number of industrial companies and joint ventures already makes use of an ICME approach and obviously draws significant benefits from doing so [Ref.: tables 2.1 through 2.3 in NRC_2008]. The materials being addressed by now comprise e.g. Al-alloys, Mg-alloys, superalloys, titanium alloys, solders and advanced high strength steels. The benefits being specified by these companies are related to (i) the development, (ii) the manufacture and (iii) the application of products.

The benefits for planning/development are identified as

The benefits for manufacture/production amongst others are exemplarily

Looking at the expressions highlighted in italics, all these benefits are a result of pursuing the strategy of decreasing the dilemma between planning efforts taken and the eventual product value. During the materials/product design and development stage ICME significantly reduces these planning efforts in terms of both time and cost while simultaneously increasing the product value by improved material properties and/or improved capabilities of the component.

In the US a number of universities and academic institutions started working on ICME especially in large consortia with industry like e.g. the “Virtual Aluminum Castings”. Organisations like the TMS, ASM and MRS aim at structuring all ICME activities in the US and even in the world by a joint committee on ICME, by organising a first world congress on ICME (TMS) or by composing most valuable information about materials simulation in a recent handbook.

Although already some companies promote ICME on their website, details about the individual approaches to ICME being taken by industry and respective results by now however are published only in few cases like “Virtual Aluminum Castings”, structural magnesium parts in automotive applications and the development of superalloys for aerospace and power applications. These approaches in general draw back on proprietary developments of the individual companies for interfacing with available commercial tools and complementing them towards the desired ICME functionality.

In Europe, materials modelling on the basis of an integrative simulation approach has been investigated e.g. within the project "Integrated Materials Simulation" in the period 1993 to 2005. The conceptual approach of this project being characterized by modular, integrated multi-level models in the meantime has been adapted by the European industry within the framework of "Through Process Modelling" programs for commercial materials within the “VIR.*”-projects. Several other European groups follow objectives of integrated modelling like e.g. the IMMPETUS group in Sheffield, the Hero-M activity at the KTH Stockholm, a through process modelling including in-service operations at the Imperial College and the recently founded Interdisciplinary Centre for Advanced Materials Simulation in Germany. Eventually, also the AixViPMaP platform for ICME being described in this book is based on an academic, non-profit activity. Some preliminary simulations of industrial steel components have been performed on the basis of this platform.

The efforts of commercial providers of simulation software aim at a steadily increasing integration of more and more functionalities into their own specific codes. This frequently leads to large general purpose tools instead of modular structures. Examples are the ESI Virtual Try Out Space (VTOS) or the ANSYS Workbench Platform. These commercial software structures can be considered as strong in modeling a number of coupled processes (e.g. forging and heat treatments) at the component scale using FEM methods in the sense of an ICE. The underlying materials models being most relevant for a successful ICME, however, in most cases are empirical and in general do not account for the preceding history of the material resp. the component.